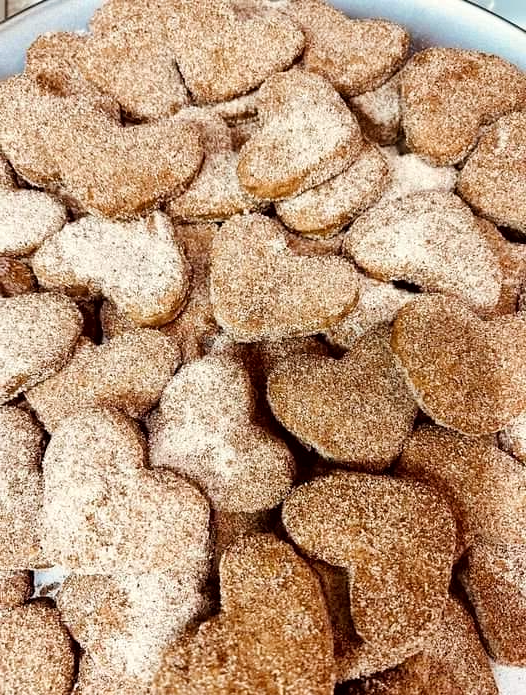 Bring water with 1 cinnamon stick to a boil. Set aside to cool. Put shortening, flour, sugar, and cinnamon in a big bowl or pan. Cut with a pastry cutter until it resembles coarse cornmeal.
Pour in water and work into a dough ball. Roll out dough to 1/4” thickness and cut with a cookie cutter. Bake at 400 for 18-20 min. Roll in cinnamon & sugar mixture.
* I do not own a molcajete so I cheat and just use 12 tablespoons of ground cinnamon.
Read Previous

freezing corn on the cob