My grandma made “Amish Cinnamon Bread”, y’all help me make her day with compliments … Be kind 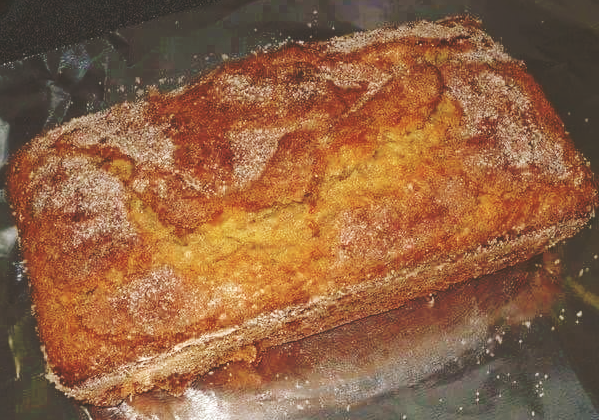 FOR THE CINNAMON-SUGAR TOPPING:

Step1: Preheat the oven to 350 degrees F. Lightly grease two 9×5-inch loaf pans and set aside.
Step2: In a large bowl, cream together the butter, sugar, eggs, and vanilla using a handheld mixer. Using a rubber spatula, add the buttermilk, flour, and baking soda just until combined.
Step3: In a small bowl, combine the cinnamon-sugar topping ingredients and mix well.
Step4: Divide half of the batter between the two prepared pans. Evenly sprinkle three-fourths of the cinnamon-sugar mixture over the batter in both pans. Spread the remaining batter evenly over the top of both pans. Evenly sprinkle the remaining cinnamon-sugar over the top of both loaves. With a butter knife, cut a few swirl marks through the batter in both pans.
Step5: Bake for 45 minutes or until a toothpick inserted near the center tests clean.
Step6: Allow the bread to cool for 20 minutes in the pan before removing to wire racks to cool completely.
Read Previous