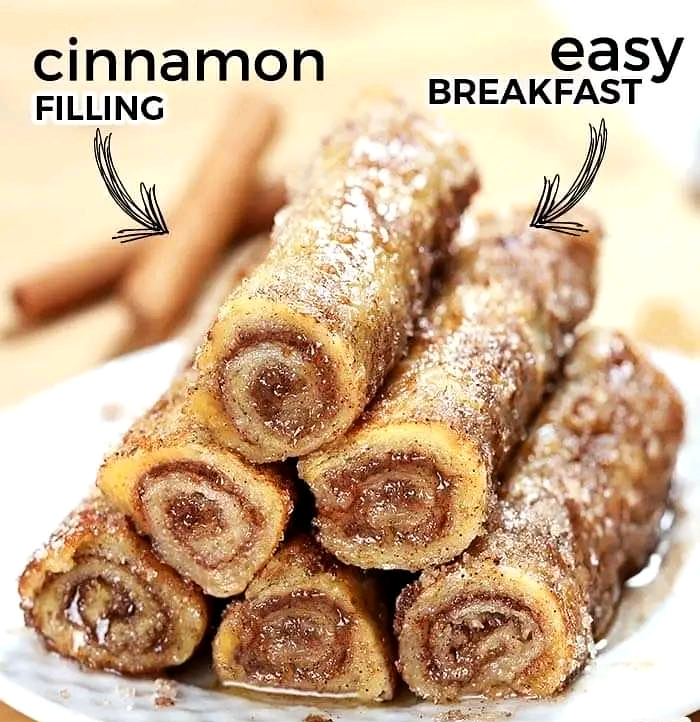 INSTRUCTIONS :
In small bowl, combine butter, sugar and cinnamon. Beat until smooth.
In a another bowl combine granulated sugar with cinnamon and set aside. In a shallow bowl beat eggs with milk and set aside.
Remove the bread crust, and flatten the slices with a rolling pin to 1/8 inch thickness. Spread a thick layer of the cinnamon filling on each slice of the bread.
Gently but tightly roll up the bread around the cinnamon filling. Continue with the remaining bread.
Heat a non-stick pan over medium heat and melt about 1 tbsp of butter. Coat the rolls in the egg mixture and place seam side down. Cook 3-4 roll at a time.
When browned, turn a quarter turn and continue until all sides are cooked and browned nicely.
Roll into the sugar cinnamon mixture or dust with powdered sugar. Serve warm and dip in maple syrup if desired.