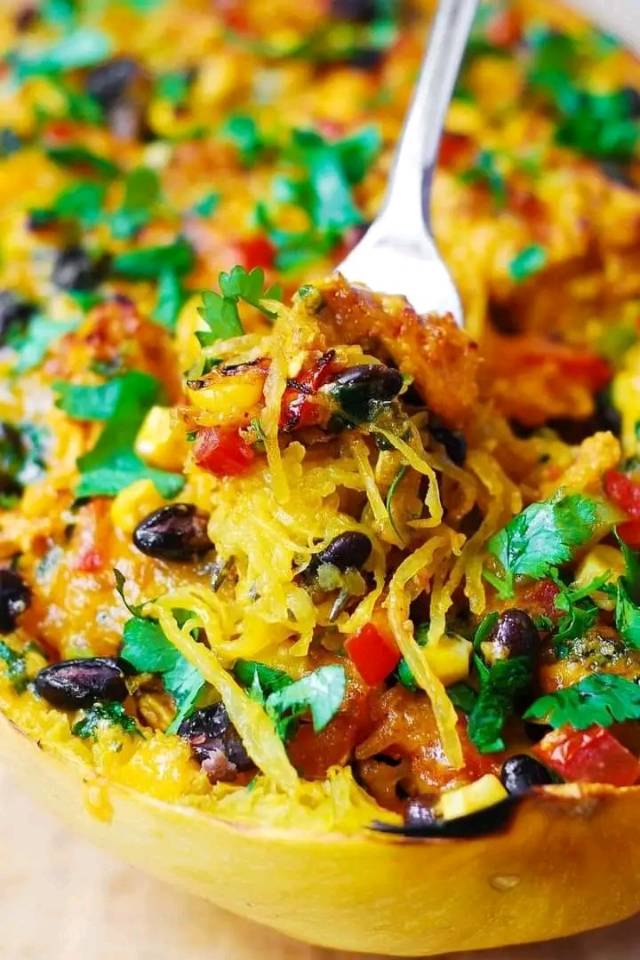 At this point, you should have 2 empty spaghetti squash halves, with the flesh strands removed to a bowl.

Heat olive oil in a large skillet on medium heat. Add chopped chicken breast, sprinkle with half the amount of cumin, half the chili powder, half the amount of turmeric, and ¼ teaspoon salt. Cook, stirring occasionally, for about 7-10 minutes until the chicken is cooked through completely.

Add chopped bell pepper, chopped tomatoes, drained corn, drained black beans, and diced green chilies to the skillet with chicken, add the remaining spices (the remaining half amounts of cumin, chili powder, and turmeric), and stir everything to combine. Remove from heat.

Set the oven to broil.

Stuff each squash half with the mixture from t

Creme Brulee Doughnuts puts a twist on a French classic